Mac-Friendly Web Hosting Defined: Who to Trust and Where to Host 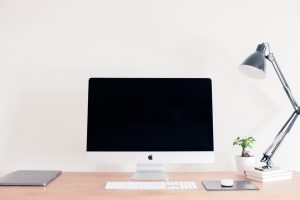 While there are millions of developers and purists who might argue against it, there’s no doubt that Mac is the ideal development environment for lots of users. Finding the right Mac-friendly web hosting environment is a challenge but if you can find one, your development and hosting can work more seamlessly. Knowing who to trust and where to host your site is tough, but there are still plenty of options.
Here is everything you need to know about hosting when you’re a Mac diehard.

If you start researching web hosting plans, you’ll find that most plans are focused on Windows or Linux. When you’re using your Mac for everything else, it might not make sense to find a web host that doesn’t mention or focus on Macs. Every web server needs an operating system and the operating systems are rarely running OS X or iOS.
You might need to hire a specialist if you want to get this done.
There are specialty providers who focus on Mac systems and Apple devices. They build their entire system around the server languages that Mac users rely on and sync up with operating systems that are compatible with Apple products.
Web developers should take note that there’s no reason that the operating system for a website doesn’t have to match the computer’s system. We use Mac devices to connect to sites that are written for Windows and Linux all the time. Just because a site is hosted on one doesn’t mean it’s incompatible with another.
Linux based servers are going to be able to run on any system. The internet has no bounds, so don’t expect the language of the server to have anything to do with how you interact with and tool. Your interaction should be seamless either way.

Running a Server On a Mac

One of the best tools to emerge in the last decade for building a server on any system is Node.js. This is a tool that’s constantly being updated to have state of the art security and take on the latest in malware. Between Node.js and Apache, you can run your own web server directly from your mac.
These systems are also capable of running on any Linux web host. If your deciding factor is Apache or Node.js, don’t feel like you’re limited to Mac. Either way, both Mac and Linux are Unix operating systems which allows you to work with either Apache or Node.
If you know the basic in Unix commands, you should be able to jump right into the water on a Mac. Web hosting on a Mac is simple if you know all of the right commands. In fact, if you’ve run a server on a Linux machine, you’ll be able to jump on a Mac system.
Most of the software packages that you’ll be using are also going to also run Kernel. With the help of kernel, you can get your software communicating with your hardware on startup.
It pays to have some familiarity with multiple systems before you get started here.

Comparing Windows Against Mac and Linux

If you’ve used Linux in the past, you know that it’s more complex than the other operating systems. It operates using multiple different versions of Kernal which all work on the same principles. When you’re working with OS X, you’re going to be using just the “Darwin” Kernel to communicate.
One of the reasons Linux is so popular is because people sincerely love working with Unix. However, another is that there aren’t any fees or license costs versus OS X which requires some form of payment. If you’re part of the freeware movement and don’t believe in charging for software, this can be a conflict.
Linux has another unique advantage is that it doesn’t need what’s called an “X server” This is the server that controls the visual interface. It communicates with the monitor and fully manages the visual elements based on which buttons you hit or how you move the cursor.
One of the common reasons people choose Linux or Mac more than they choose Windows has to do with safety. Linux is meant to be extremely safe and Mac is as well. While the hardware and software tend to be exclusive, for many people, you really get a bang for your buck.

Despite its rarity, there are definitely some high-quality Mac hosting options out there. There are several specific software needs when you work with OS X,  and remote cloud services can come in handy then. Developing robust content for Mac means you need the help of a Mac host.
When running applications or developing content specifically for iOS, Mac-friendly hosting is vital.
SiteGround, BlueHost, and iPage all offer solutions for just pennies on the dollar. When in search of providers who can give you remote computing environments or help to support the environment you have, go with a name you can trust. Search for reviews and information on any one of these hosting services before you invest in one.
Running a remote server has never been easier but if you want to maintain uptime, get the latest in security features, and scale as needed, try a third-party host. They’ll give you the expertise of a friendly staff who knows exactly what it takes to host your project when you’re developing in a Mac-based environment.

Mac-friendly Web Hosting Is Out There

As more developers work in a Mac-based environment, Mac-friendly web hosting is going to take the lead. While it might take years for Mac-friendly hosting to account for as big of a chunk of the market as Linux or Windows, it could happen with so many devotees.
When it comes time to get your web presence popping, check out our guide for the perfect domain name.